A History According to Dog

Dog Oil Paintings A Scene at Abbotsford was painted by Sir Edwin Henry Landseer in 1827. Landseer was a brilliant and precocious artist who began exhibiting animal and historical pictures in the 1820s. He painted a number of Scottish Highland subjects and, like Turner, illustrated the works of the novelist, Sir Walter Scott.

From 1824 Landseer was a visitor to Scott’s house in the Scottish Borders, Abbotsford. This picture conveys the Romantic atmosphere of the house. Scott’s great deerhound, Maida, who was then dying, lies with his younger companion, among antiquarian relics and sporting trophies. This painting was shown at the British Institution in 1827, when it was bought by the Duke of Bedford.

So popular and influential were Landseer’s paintings of dogs in the service of humanity, that the name Landseer came to be the official name for the variety of Newfoundland dog that, rather than being black or mostly black, features a mix of both black and white. It was this variety Landseer popularised in his paintings celebrating Newfoundlands as water rescue dogs, most notably Off to the Rescue (1827), A Distinguished Member of the Humane Society (1838), and Saved (1856). The paintings combines the Victorian conception of childhood, with the appealing idea of noble animals devoted to humankind, a devotion indicated, in Saved, by the fact the dog has rescued the child without any apparent human involvement.

Laying Down The Law (1840) satirises the legal profession through anthropomorphism. It shows a group of dogs, with apoodle symbolising the Lord Chancellor.[12] 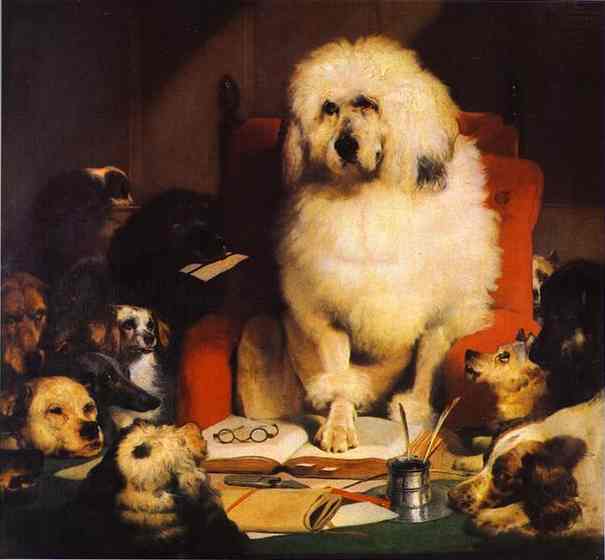 It’s  a clear line of descent to perhaps the most celebrated art the world has known.

The Shrew Tamed, was entered at the 1861 Royal Academy Exhibition and caused controversy because of its subject matter. It showed a powerful horse on its knees among straw in a stable, while a lovely young woman lies with her head pillowed on its flanks, lightly touching its head with her hand. The catalogue explained it as a portrait of a noted equestrienne, Ann Gilbert, applying the taming techniques of the famous ‘horse whisperer’ John Solomon Rarey.[13] Critics were troubled by the depiction of a languorous woman dominating a powerful animal and some concluded Landseer was implying the famous courtesan Catherine Walters, then at the height of her fame.[14] Walters was an excellent horsewoman and along with other “pretty horsebreakers”, frequently appeared riding in Hyde Park. 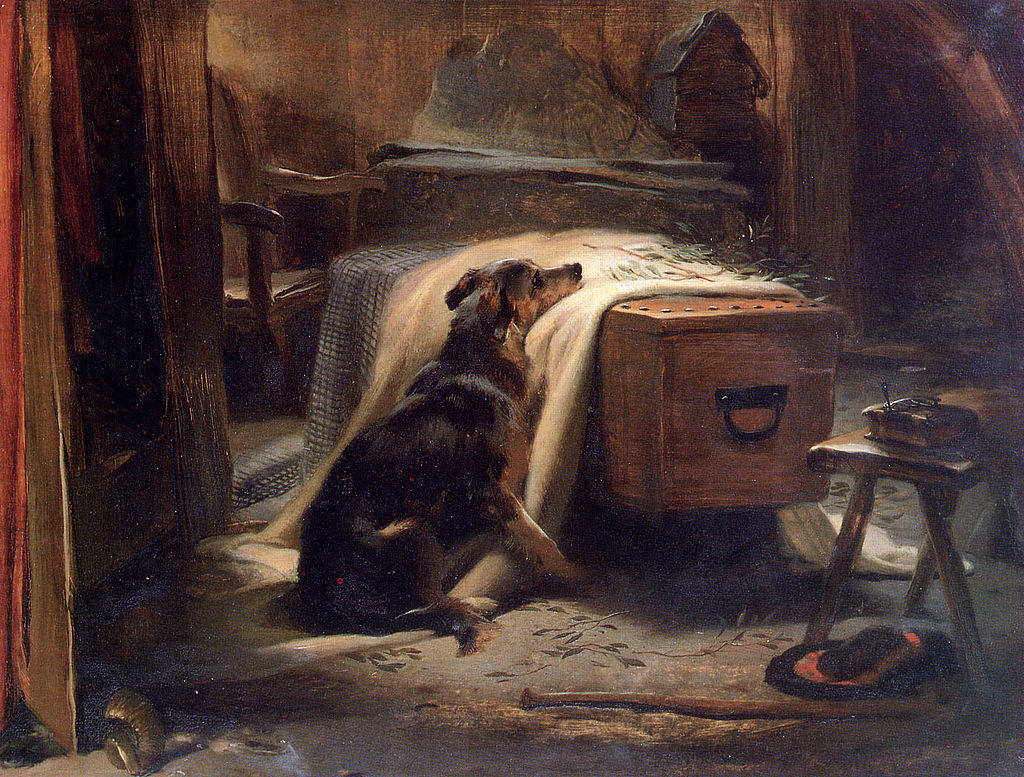